What song do you think of when you hear someone mention the band Alice In Chains? Alice N’ Chains was a hard rock band, formed in Seattle, Washington in 1987, by Song Writer/Guitarist Jerry Cantrell and Lead Vocalist Layne Staley. The band also consisted of Drummer Sean Kinney and Mike Star on Bass. Alice In Chains had its roots as a Garage Band that was formed by Layne Staley. His original band was named Sleze and Staley became a vocalist after flirting with the idea of becoming a drummer. After struggling for a few years the band decided to change its name to Alice In Chains. However, due to concerns by some critics, they quickly changed it to Alice N’ Chains so that it would not be linked to female bondage. This tactic was used to stop any of the parental lyric activists of the time. During one of Alice N’ Chains time at a studio known as Music Bank Rehearsal Studios, Staley met Jerry Cantrell and they soon became room mates. Both musicians agreed to join each other’s band and after Layne’s band flopped, Staley joined Guitarist Jerry Cantrell, Drummer Sean Kinney, and Bassist Mike Star. After Kelly Curtis and Susan Silver got their hands on the recent demo recording from Alice N’ Chains, it quickly became a priority to push this band hard. Curtis and Silver were also the managers of the Band “SoundGarden.” After a few EP’s, the Band’s debut album “Facelift” was released in 1990 and peaked at Number 42 on the Billboard 200 during the summer of 1991. During its first six months, Facelift only sold under 40,000 copies which was considered a failure by most music critics. However, after the single “Man on the Box” debuted on MTV and became a staple music video, the album took off and Man in the Box hit Number 18 on the Mainstream Rock Charts. During the next six weeks, Facelift sold over 400,000 copies a huge improvement. In 1991, the band landed the opening slot on the Clash of The Titans Tour featuring Anthrax, Slayer, and Megadeth among other Metal Bands. After success with their first album and then releasing the EP “SAP”, Alice N’ Chains released its second album “Dirt.” Six of the albums 13 songs had a dark theme that dealt with the subject of addiction. This was no accident as all of the band members were struggling with one form of addiction or another. Dirt was released in 1992, and hit Number 6 on the Billboard 200 Charts. Dirt produced five Top 30 Billboard Hits including “Rooster”, “Would”, “Them Bones”, “Down In a Hole”, and the title track “Dirt”. In 1993, after opening for Ozzy Osbourne on the No More Tears tour, Mike Star left the band and was replaced by Mike Inez on Bass. The Band then toured on the Lollapalooza Tour in 1993. After a long time on the road, the Band decided to return to the studio and produced an acoustic masterpiece in 1 weeks time! The acoustic EP was called “Jar of Flies.” After its release, Staley entered rehab for Heroin Addiction. In 1994, the Band was supposed to tour with Metallica, Danzig, Suicidal Tendencies and Fight, but during rehearsal Layne began using again and the band was kicked off of the tour. The in 1995, Alice In Chains released the Self Titled Album, which hit Number 1 on the Billboard 200. The album achieved the bands highest success and the band then did a few unplugged albums with MTV. However, Layne Staley became a loner and did not leave his Seattle Condominium. On April 19, 2002, Layne Staley was found dead in this same Condo. He had lost his ten year battle with addiction. After an autopsy, it was found that Staley had died from a combination if Heroin and Cocaine and also a weakened immune system. 2 Months later, Jerry Cantrell released his second solo album and dedicated it to Staley. In 2005, the Band did a reunion tour even though they never officially disbanded. During the reunion tour, William Duvall took over lead vocals and Duff McKagan joined the band for the tour on Bass. Then on September 29, 2009 Alice In Chains finally released another album called Black Gives Way To Blue with William Duvall at the helms. Many if the albums songs dealt directly with Staley and his battle with addiction. This album was a huge success and brought former Alice N Chains fans together with many from the younger generation who really never got to see the real band. Since then, another former member of the band, Mike Star was found dead from an apparent overdose. Alice In Chains unfortunately will always be linked to the horrible disease of addiction, but the band will also always be remembered for its union of Grunge and Heavy Metal into a unique mixture of the two styles. Alice N Chains will release their fifth studio album some time in 2013. Alice N Chains will always be one of my favorite bands. They have always produced great sound and many fans can relate to the dark lyrics and themes. I am looking forward to their new album. RIP Layne and Mike, you both are more than a name! 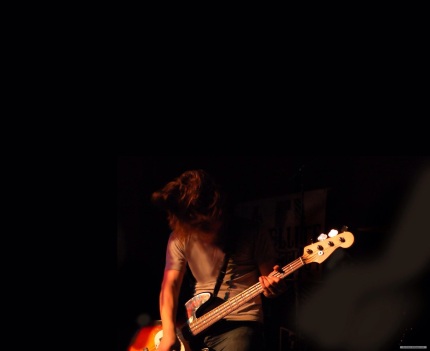 2 responses to “WHATEVER HAPPENED TO ALICE N’ CHAINS?”