Whenever anyone in the Philadelphia Sports Arena hears the 1993 Phillies, everyone’s first thought goes to that Game 6 walk off home run by Joe Carter off of Mitch Williams to lose the 1993 World Series. However, anyone that really watched that team can remember that team was one of the most exciting teams in Baseball History.

In spring training, that team was picked to finish last in the National League East again just like the previous two seasons. However, there was a different feeling about this team. First of all, Catcher Darren Daulton was coming off an RBI crown, only the third catcher to perform this feat. Secondly, the Phillies had signed Jim Eisenreich an American League star that struggled with Tourette’s Syndrome. The team made him feel at home.

During the beginning of 1993 spring training, Third Baseman Dave Hollins who had set a record the previous year for being hit by pitches 19 times. Well, Dave set out a decree to his own pitching staff that if they did not protect him if he got hit, he was going to charge them in the clubhouse. Well, what do you know. During an early game in spring, Dave Hollins was hit by a pitch. The next inning, Tommy Greene came in and hit the next batter in the neck! This started an all out brawl and it was only spring training.

This started a season of which the team played with such camaraderie. The 1993 Phillies started out the season 8-1, the best start they had since 1964. This team was special from day one. They played together died together as a team. They developed the team concept of playing and had three platoons. Jim Eisenreich and Wes Chamberlain split duties in right field. Pete Incaviglia and Milt Thompson split Left Field. And Mickey Morandini/Mariano Duncan split second base. This was probably the last time that you saw this happen in MLB baseball. They also had great bench players…Kim Batiste, Rickey Jordan, Charlie Hayes to name a few.

On Mothers Day, the Phillies were down 3-0 in the bottom of the ninth and Mariano Duncan was facing Lee Arthur Smith, the most dominant closer of that time period. Duncan sent the Phillies home jumping up and down hitting the walk off game winning Grand Slam. After that game, the turning point in most of the former players minds, the team took off.

This Phillies team had 5 Starting Pitchers that won thirteen games that season. Curt Schilling was the Ace of the staff. Terry Mulholland, Tommy Greene, Danny Jackson, and Ben Rivera rounded out the Starting Pitching Staff. They had Mitch Williams who was known as the “Wild Thing.” Larry Anderson and David West were the set up men.

Dave Hollins was injured in the middle of the season and was supposed to be out six weeks. Hollins miraculously came back in only two weeks, which really gave the team a huge boost. They also brought in Bobby Thigpen and Roger Mason. On July 7th…there was an amazing thing that happened. There was a double header that ended at 4:06 the next morning when Mitch Williams ended the game with an RBI game winning single in the fourteenth inning.

Lenny Dykstra “The Dude” was the lead off hitter. He had come to the team from the New York Mets. Dykstra was the type of player that would give you whatever you needed wether it was a walk, a single, a stolen base or a home run. He would work pitchers like you never saw. With him getting on base, the Phillies scored 100 more runs than any other team that season. He loved to play the game and had a lot of fun.

Jim Fregosi was calm all season and held the team together when they started to struggle at the end of the season. Mitch Williams recorded a Phillies record 43 Saves on September 27th. September 28th was the game where the magic number was one. There was a different hero every night. Lenny got the team started with a 2 run single. Then Mariano Duncan hit a Grand Slam in the seventh inning to go up 9-4. Finally, Mitch Williams ended it in a non save situation as the Phillies clinched the National League East.

The regular season was a huge offensive success as they had three players score 100 runs. Both outfield platoons knocked in 100 Runs. And going into the post season, this was the last time there was a playoff series before the league would go to a Wild Card format. The Atlanta Braves were Americas team and caught fire and would face the Phillies that series.

In game 1, Curt Schilling struck out the side in the first and Lenny Dykstra led off the game with a single and set the tone. The Phillies took a 3-2 lead into the ninth. Mitch Williams came into the game and Kim Batiste who was in as a defensive replacement made an error and the Braves tied the game. Then in the Tenth inning, John Kruk hit a double and Kim Batiste rited the ship with a game winning hit. Phillies win game one 4-3.

In Game two, the Braves beat the Phillies in a route. Greg Maddux and Mark Wohlers have up home runs to Lenny Dykstra and Dave Hollins as the Phillies lost 14-3. In Game 3, John Kruk hit a two run home run. Then the wheels came off and the Braves took game three to go up 2-1 in the series. Game 3 saw a duel between John Smoltz and Danny Jackson. The Phillies were leading and Mitch Williams made a two inning save and won 2-1 to even the NLCS to tie the series 2-2.

In Game 5, Schilling was on his game and there were a few great defensive plays. The Phillies went into the ninth up 3-0. Mitch Williams gave up the lead and the game was 3-3. In the top of the ninth, Lenny Dykstra hit the go ahead home run to take a 4-3 lead. Larry Anderson came in for the save. Phillies win…to go up 3-2 in the series. Lenny Dykstra had won the Game and he said “Didn’t I”. The Dude made it happen.

Game six was back in Philly and Tommy Greene was on the mound. Greene pitched a masterful game. Darren Daulton hit a two run double. Then Dave Hollins hit a two run home run to go up 4-1. Mickey Morandini then iced it with a two out two run triple. 6-1. Veterans stadium was rocking…chills are going down my back as I write this. The Wild Thing Mitchie Pooh came into nail the game down in the ninth as the Phillies won the NLCS pennant. I remember that day like it was yesterday.

This bunch of crazy wild players had come together and won as a team. Now they were in the World Series to face the Toronto Blue Jays. Of course…the Phillies were the underdogs again. In game one…Lenny Dykstra set the tone and the Phillies got off to a two run lead but gave up that lead and lost 6-4. However, in Game Two Terry Mulholland and Jim Eisenreich gave the Phillies a 5-0 lead and then Lenny Dykstra hit a home run to go up 6-3 in the seventh and so it went, Mitch saved the game.

In Game 3, Paul Molitor had a huge game and the Phillies lost 10-3. Game 4 was a barn burner that went back and forth and then the rains came. Lenny came up and hit another home run his second of the game to put the Phillies up 12-7. They were up 14-9 at one point. Then the Phillies bullpen gave up the lead and they lost this game 15-14.

In Game 5…Curt Schilling put the team on his back and Shut down the Blue Jays offense by throwing a 5 hit shut out at home. Back to Canada. Paul Molitor hit two home runs and the Phillies were losing 5-1 in the seventh. Then…like magic…the Phillies came back to take the lead off of CY Young Award winner to go up 6-5. Roger Mason nailed down the sixth and seventh inning and then came the eighth where Toronto had the bases loaded and Larry Anderson got out of the jam.

Of course, the rest is history. Joe Carter comes up in the bottom of the ninth and then that’s all she wrote. Mitch went hard and in and Carter broke the Phillies hearts. Everyone had their heart ripped out. However, just because they lost…does not make that team losers. In my mind, they were winners. They had an amazing season and should be proud of what they had accomplished. The 1993 Phillies were a magical team. I will never forget that season. 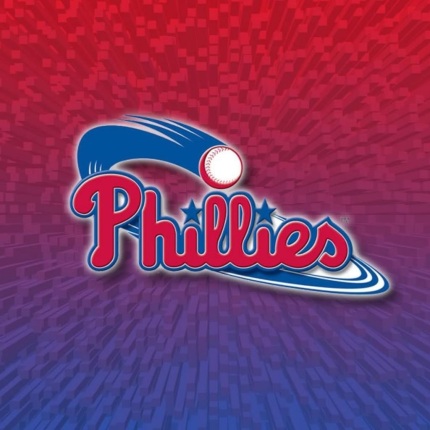