We live in a culture that is obsessed with the idea of blame. There always has to be a scapegoat. How did we ever get this way as a country? The United States is supposed to be the land of the free and the home of the brave. Instead we have become a society that is not only hypocritical, but also judgmental and at many times unfair.

Whatever happened to the old adage of just fixing a problem. Does there always have to be blame attached to the event or story. For example, let us look back at 9/11. After the horrific attacks, it became clear that the Terrorist Group Al-Qaeda had been responsible for the worst attack on American soil in history. Ok, so Osama Bin Laden and his group of Muslim extremists were behind the attack. But instead of just coming together as a country and trying to get these bastards, who were clearly responsible for the thousands of deaths, instead the American people began to look at every avenue and pass blame on numerous sub groups and even individuals.

C’MON, seriously! Do you think that it matters if the CIA had intelligence that these attacks were imminent. Do you think that if the CIA had acted more quickly that 9/11 could have been prevented. Lets face it, some things are just destined to happen. Yes, maybe there was some negligence on the part of the CIA. However, the CIA is not to blame for 9/11. Instead of blaming them and having a war of words between politicians, government agencies, etc., why could they not just focus on solving the problem and moving on.

The reason that the “Blame Game” has become so ingrained in our culture is that no one likes to be wrong. Criticism is not taken very well, so it’s much easier to point the finger at the “other” person. I would argue that blame and judgement could be a very dangerous path and that this type of behavior could truly ruin our country and what it was founded on.

Let us also look at the Benghazi Terror Attacks on September 11, 2011. Now these attacks were carried out overseas instead of in the United States, but they definitely affected our country the most in terms of lost lives and fear. Once again, a Jihad Terrorist Group claimed responsibility for the attacks. However, instead of just taking the information and running with it, the people had to find another scapegoat or “patsy.” This time, the Government including President Obama and Hillary Clinton were blamed. It was stated that they were aware of this threat and once again did nothing.

The “Blame Game” is not relegated to the Political Sector. Blame is used everywhere everyday. In schools. In the workplace. In Sports. On the Roadways. Blame and Judgement are two dangerous tools that can really wreak havoc if not used in the proper way. God tells us not to judge others because we are just as bad.

The latest Terror Attack at the Boston Marathon brought back memories of 9/11, and although no specific group has taken responsibility, it is thought that the perpetrators were somehow tied into a terrorist network. Here we go again. Instead of coming together, sharing our intelligence, sharing our tools to get these terrorists we continue to place blame on whoever is in the way.

This time the blame is being placed on the FBI. Really? Ok, so you are going to sit here look me in the eye and say that the FBI definitely knew these Attacks would happen and they failed to react even a little bit? I would strongly disagree. Had the FBI had intelligence that the Marathon was a terrorist target, they would have reacted right away. I mean no agency, no network, no group is infallible. Mistakes are made. We are all human beings. Instead of standing around debating who is at fault here and who we should blame, can we please look at the facts.

The fact is that two Muslim extremists planned and carried out a terrorist attack in Boston at the marathon. That much we do know and one of the suspects is dead and the other one is in custody. Well, don’t you think that all these agencies should be sharing their intelligence, resources, and plans to find out how deep this plot runs. Are there any other people involved? Was Al-Qaeda responsible? How about Hizbollah? No, instead the American people as well as the Government is crucifying the FBI.

Maybe the FBI was Nieve and negligent, but they are definitely not to blame. Let us please focus on the tasks at hand. Find out who is responsible and get the people that did this to you. The FBI should be addressed but that should be something that is done behind closed doors. Blame is a very serious and dangerous tool that has become all to coon in our society today. The World would be a better place without blame. Instead of blame, how about connecting the dots and finding facts. This is a much more efficient way to get to the bottom of a problem and correct it. Just saying, this “blame game” must stop. Blame the terrorists. Blame the Haters. Blame the real people who are responsible for these heinous crimes. Until next time, have a great weekend everyone! 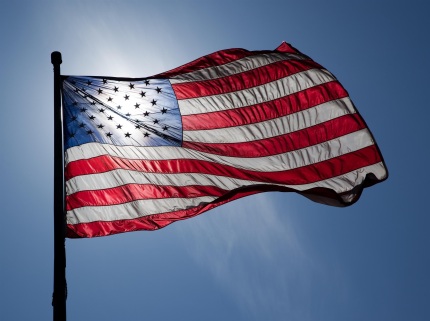